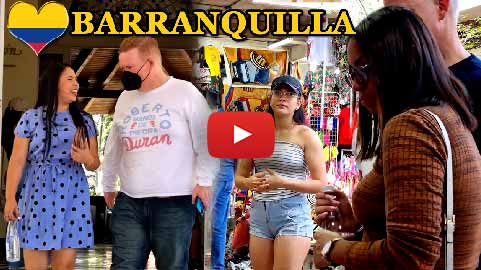 NEVER Go to These Places on First Dates in Barranquilla 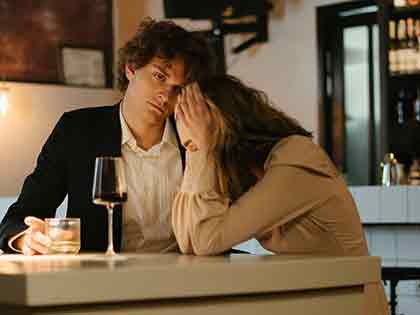 Have a memorable first date in Barranquilla by knowing where and how to spend it. | Photo by cottonbro on Pexels

Having your first date in Barranquilla can be a dilemma, especially if you don't know where or how to spend it. You may think that choosing a random venue would be okay as long as you nail the romance part, but in real life, not knowing where the right places are for a date can instantly ruin your chances of winning a girl over.

There are many venues that are ideal for dating a Latina woman for the first time, and there are also some that aren't. Knowing which is which can strengthen your chances of ending up in a long-term relationship, otherwise you would simply be met with a regrettably uncomfortable dating experience.

First dates should be light and relaxing, but they should also be exciting and memorable. Ultimately, however, they should be short in length. Perhaps two to three hours would be enough for you to get to know a bit about each other, and before parting ways, be sure to have a feel of how things went to know if a second date is in order. Then again, you can always make plans for another date when you text her afterwards.

That being said, you need to be in a venue where you can talk, laugh, and basically enjoy each other's company. Also, you would want to be in a setting where it’s easy to end the date in case things go wrong.

On top of that, your location would need to give the impression that you were thoughtful enough to find a nice and decent place. When building relationships, it’s vital to convey good intent and confidence. The outcome will speak for itself with more and better dates.

So without further ado, here are a few venues and activities that aren't ideal when dating women in Barranquilla the first time around:

You want to get to know each other better, to talk, to make a connection. It’s obvious enough that this isn’t going to happen if you’re both watching a movie, especially at a place where silence should be observed.

Never take a Latina woman to a bar on a first date. Meeting her in one is fine. However, spending your time in a bar is wrong, unless you’re not looking for a long term commitment.

Also, bars are pretty crowded, not to mention loud. They don’t encourage talking - they encourage drinking.

Colombian women are street smart, so if you take your lady to a bar, she’ll think that you’re trying to get her drunk. It instantly makes a bad impression. So next time you think of this as an option, make sure to cross it off your list.

One thing you need to keep in mind is that you’re dating a lady, not a kid. Unless it's a really interesting mall, it would no longer be a date anymore, instead it would be more of a shopping trip.

Trying to woo and get to know a Latina inside your car is almost as bad as taking her to a hotel room. It also shows that you’re too lazy to make an effort. Long drives are great if you’ve known each other for some time. Nonetheless, avoid getting into this situation as much as possible.

Your Hotel Room or Apartment

Most foreigners who don't know where to stay in Barranquilla opt to book a hotel room or rent an apartment. Regardless of how lavish the place you're staying in is, though, you wouldn't want to give the wrong idea to your date. Keep in mind that these girls are laid back and not used to the Western ways of dating, especially the famous "Netflix and chill" kind of date.

For all she knows, you could be a serial killer. No man in his right mind would invite a woman he just met over to his place, unless of course you're both into one night stands and not looking for anything serious. Secondly, a date in your crib lacks imagination. But mostly, it’s just creepy. So don’t be creepy.

If you met her through a social event or one of our singles vacation tours, but haven’t officially dated her, then going on a hike would be a great idea. It will give you a chance to spend some time together as you take in the beauty of nature with no other distractions.

On the other hand, if you met this Latina through our site, then this is where a cup of coffee would be a better choice. The last thing you would want is to be out in the wilderness, a long way from civilization, only to realize that you're not each other's cup of tea.

A surprise dinner or some sort of fancy setup where you would ask the restaurant staff to prepare certain dishes and beverages for you is just too much if you're still in the first few stages of dating a Colombian woman. These ladies may find it intimidating since not all of them are used to it.

The lady you invited might end up feeling like she needs to amp up her persona in order to fit the expectations that the choice of location or activity has forced upon her. If you've already made an effort to arrange such a date, change it to a more casual meetup, or better yet, get some fish and chips at the beach instead.

Barranquilla is home to some of the best beaches in Colombia, so make the necessary preparations as you look forward to having a fantastic time together.

Keep in mind that you don’t know this person yet. Even if they agree to something like zip lining or horseback riding, they might just be agreeing with you out of being polite. Also, having an adventurous date is too distracting and nerve-wracking to get an actual read on someone you're romantically interested in.

To be on the safe side, get to know them first before rock climbing or skydiving like a maniac.

Trying to get the conversation going with live music being played can be frustrating. You wouldn’t want to keep saying “What?” all throughout your date, would you? Not only that, it might also be a hassle since you would probably end up going somewhere else anyway.

While it’s a good idea to check out the famous Barranquilla carnival, this isn't how you would want to spend your first date. There would be so many people and loud music playing that it would be impossible to have a decent conversation.

All things considered, you wouldn't need a travel guide to know where the best places in Barranquilla are to spend your first date. Even cruising along the Caribbean coast would be enough to get that romantic vibe going. It may not be the best date ever, but it's likely to be a memorable one. Just make sure you don't just rely on the spectacular view of the Caribbean Sea.

With all this in mind, is Barranquilla worth visiting? It certainly is as long as you know which places to go to and what activities to do when you're in the city. As much as you want to have a memorable first date with your Latina, see to it that you do your research before setting anything up. Once you're prepared, you'll have a lot to look forward to.